I designed the PPIO project (https://pp.io) to provide a decentralized data storage and delivery platform for developers that value affordability, speed, and privacy.

Many users may have questions. The price of cloud storage services, such as AWS, is now quite low. How can PPIO be cheaper than cloud services? To answer this question, this article explains in detail why PPIO can be cheaper than AWS in terms of price.

The following phenomena are currently being staged around the world:

In fact, PPIO’s idle resource utilization is like the sharing economy. It is similar to Uber and Airbnb. The price of Uber is lower than taxis. The price of Airbnb is also lower than hotels except for the policy control.

Since it is a shared economy, there is a pricing issue. PPIO emulates the real market economy, and the market determines the price. Under the same conditions (such as geography, quality, network speed, etc.), the lower the storage node’s bid, the easier it is to be used, and the more revenue it gets, which encourages storage nodes to give lower prices.

In addition, PPIO adopts the oracle by anchoring the pricing of AWS. The advantage of this mechanism is that it gives developers and users advice, which encourages developers and users to reject high prices, and also advocates that storage nodes do not give unreasonable prices, otherwise it is very difficult to complete the transaction.

Such a market competition mechanism can make storage prices lower and lower. But it’s not only that, it can also stimulate folk wisdom. Let’s talk about what folk wisdom is.

Bitcoin has created competition for mining power, and miners all over the world are looking for ways to compete in the competition. In this competition, there are two main decisive factors, one is the electricity bill and the other is the mining machine. Folk bitcoin miners are also optimizing around the following two points.

1. Find the cheapest electricity from all over the world.

2. Miners are competing to buy the latest mining machines from manufacturers such as Bitmain.

Because of Bitcoin’s mining power competition, the way of mining is also evolving. The first stage was CPU family mining, later it becomes GPU family mining, and then ASIC machine mining. At present, only professional, large scale miners can make money, others are at a loss. This process is the result of folk wisdom.

Bitcoin mining is a waste of resources. At this point, PPIO is different from Bitcoin. PPIO is not a resource consumption, but a storage and delivery service for human beings, which makes sense for social development. In spite of that, PPIO does have the same idea as Bitcoin PPIO’s design market competition mechanism expects that PPIO’s storage nodes can exert their folk wisdom and constantly look for more cost-effective ways to provide services, just like Bitcoin miners. I believe that smart storage nodes will find ways to do the following:

In the market economy, there will be laws to maintain order and rules. Similarly, PPIO’s economic design has a mortgage and punishment mechanism. If the bandwidth of the storage node and the hard disk fail, it will be punished. Therefore, the storage node will also find ways to modify the storage scheme to have higher fault tolerance.

In addition, it is also conceivable that if bitcoin is not based on blockchain technology, is there a miner willing to invest in mining?

This is also the reason why PPIO use blockchain. Blockchain really solves the problem of fairness and transparency. Because of fairness and transparency, everyone can invest much money in the PPIO network and work hard to build reliable and competitive storage. Storage nodes don’t worry about the money they invest in, that is the value of the blockchain.

“Flywheel effect” means that a product has a feature that attracts some users to use it. As more people use it, the user experience of the product will be better, which will attract more users to use, thus forming a positive business cycle logic to accelerate business growth.

Let’s take a look at AWS’s “flywheel effect”, as follows, this is the flywheel described by AWS’s official website. AWS started at a lower price; because of the lower price, it brought in more customers, thus bringing more AWS usage. More usage, in turn, led to greater scale. Because of economies of scale, AWS easily negotiated prices with partners (including IDCs, service manufacturers, hard drive manufacturers, and even electricity bills) resulting in lower costs. In this way, the price of AWS became cheaper, thus starting the flywheel.

What is the engine of the AWS Commercial Flywheel? It is the scale effect. When the scale is larger, the price is lower.

Then, with the decentralized storage represented by PPIO, what is its flywheel? Let me explain it below.

What is the engine of the PPIO commercial flywheel? It is participation and competition. That is, the more participants, the more intense the competition, the lower the price.

If you compare the flywheel engines of the two systems. PPIO’s flywheel engine is more advanced than the AWS flywheel engine. Adam Smith said in “The Wealth of Nations”: The market is like an invisible hand, automatically adjusting the price. PPIO is the same, and in different industries, there have been commercial cases in which competition finally cuts prices. In PPIO, the price is determined by the market; in AWS, the price is determined by the company. I believe that PPIO is more in line with the development of human civilization, and PPIO prices will be much lower than cloud services.

This is why PPIO can achieve a lower price than cloud services. Do you think there are other reasons? If you have better ideas and suggestions, we welcome you to join our official PPIO community to discuss them with us.

Find us on our official Discord: https://discord.gg/WX43bEb. 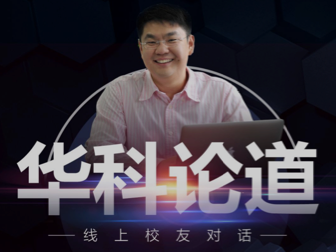