This article has been published on the PPIO Medium Channel. PPIO is a decentralized storage & delivery platform for developers who value speed, affordability, and privacy. Click the link for articles on blockchain, technology, project updates, and more.

What Is the Fisher Exchange Equation?

The concept of an exchange equation was first proposed by the British philosopher J.S. Mill. Its development was subsequently influenced by the Scottish philosopher David Hume. In 1911, it was finally known to the world through Irving Fisher’s elegant algebraic model:

The Fisher formula can be simply explained by multiplying the amount of money by the number of times the currency is used. The result is equal to the economic output multiplied by the average price, which is the nominal income of a society — commonly known as GDP. From the perspective of traditional macroeconomics, this article will explain the relationship between the total social income and the quantity and velocity of money demand. It is also instructive for us to understand some typical economic phenomena in the real world, such as inflation or deflation.

In the blockchain field, economic model design plays a vitally important role, so the Fisher formula offers significance in the design of tokenomics. Ethereum co-founder, Vitalik Buterin, in an October 2017 blog post on the Medium-of-Exchange Token Valuations, summarized a qualitative analysis of the law of the operation of the economic system using a simple transformation of the Fischer exchange equation.

On Economic Inflation and Deflation from the Fisher Formula

From the Fisher formula MV = PQ, it is relatively easy to derive economic inflation and deflation in the real world.

Regarding inflation, it is assumed that over a period of time, due to relatively fixed factors such as social systems and habits, the velocity V of money in circulation remains basically unchanged, while in the case of relatively stable employment conditions, the quantity Q of goods and services transactions is balanced. Therefore a proportional relationship between the amount of money M and the price of the commodity P can be derived. As a result, it is relatively easy to understand that a price rise is caused by the issuance of additional currency, that is to say, the occurrence of inflation. For example, in China, 1988, 1993, and 1995 were three years of high currency supply, which led to a respective increase of 18.5%, 30% and 15% in the consumer price index. Inflation is essentially a monetary phenomenon. With economic growth, the money supply needs to increase, but if the increased part exceeds the normal demand of economic development, and if there is no effective price adjustment or monetary recovery policy, the excess money will become the real purchasing power, causing the overall price level to keep rising.

How do use the Fisher equation to explain deflation? If Fisher’s formula is transformed into P = MV / Q, it can be seen that the denominator is the quantity Q of goods and services transactions. With the exception of large-scale wars, natural disasters, or a black swan event, Q will basically remain unchanged, whereas the price P is directly proportional to M and V. In some extreme cases, the newly issued currency M is not as fast as V’s decline, so the price P will decrease, which is the phenomenon of deflation. For example, the subprime crisis in the United States in 2008 was essentially a credit crisis, which caused difficulties in the final payment of housing, and then formed a chain effect on the market.

In that situation, everybody tightened their wallets, which reduced the velocity V of currency circulation, which finally led to the price decline. So if we want to keep P unchanged or cause it to rise, the simplest way to fight against deflation is to print money and keep a bigger money supply. China’s 4 trillion stimulus package and 10 trillion credit at the end of 2008 was a way to fight against deflation. Of course, this kind of release of money is not unlimited, and monetary inflation from a central bank might be effective in the short term but toxic in the long term.

In the ideal token model design, the ecological stakeholders of a blockchain network hope that the token price will continue to rise, so the general economic model design will consider the following aspects:

What Is the Decentralized Storage Bandwidth Market?

At present, mainstream cloud computing companies, such as AWS and Alibaba Cloud are centralized storage bandwidth platforms because the price of storage bandwidth is determined by the enterprise according to the market. This has the advantages of high efficiency and a commercial service guarantee, but its disadvantages are high costs, low security, and insufficient privacy protection.

On the other hand, the decentralized storage bandwidth market makes full use of idle storage bandwidth resources. The demand side works by finding a matching supplier in the open and transparent market. The decentralized market pricing mechanism can remove the monopoly pricing power of a company (aka the middleman), and fully protect the core interests of both sides. The supply side can even give the demand side a lower price. This coupled with open-source, end-to-end encryption distributed storage technology can ensure high data security, but also effectively protect the privacy of users.

Of course, in the early development stages of the decentralized storage bandwidth market, due to the insufficient supply of resources, the utilization efficiency will not be high. Furthermore, it is difficult to provide a business-level service guarantee. However, in the long run, with the increase of idle bandwidth resources, the development of blockchain technology, and an effective economic model to stimulate supply and demand matching, the decentralized storage bandwidth market will eventually move from the edge to the mainstream.

Based on the Fisher formula, we will analyze the supply and demand economic models of bandwidth and storage market respectively, so as to have a deeper and comprehensive understanding of the decentralized storage bandwidth market.

Let’s use an analogy to better understand how it works. If a car is used to represent the user’s data, then the highway can be used to represent the bandwidth market, and finally, a parking lot can be used to represent the storage market. The currency circulation frequency brought by the constant flow of vehicles on the highway will be much higher than the currency circulation velocity brought by the vehicle in the parking lot. In other words, from a qualitative point of view, the currency circulation speed of the bandwidth market is much faster than that of the storage market. It can be concluded from the Fisher’s formula that the market, with the same amount of money M but with a larger V, will have a greater PQ value. Since the PQ value relates to the nominal income of a society, or the GDP, then we know that this market will have stronger economic growth. If we first develop the bandwidth market, it will be conducive to a rapid start and development of the total economic volume, thus will also drive the development of the storage market. If the order is reversed, the results may not be so healthy and orderly.

No matter the bandwidth market or the storage market, the price P needs to be relatively stable, at least with little fluctuation, so that commercial users can use the service or goods in the market at ease. However, the greater the fluctuation of velocity V value, the more timely the adjustment and control of M that will be needed to stabilize P. This requires the design of the token model to be more robust and detailed, so as to avoid the volatility of P due to volatility caused by other factors.

With Fisher’s formula, we’ve analyzed the decentralized bandwidth, and the velocity and price of the storage market, and can conclude that the development of the bandwidth market is superior to the development of the storage market. We also recognize the challenge of maintaining the stability of the price. Based on our current understanding we will discuss the design of the decentralized storage bandwidth market economy model.

A Discussion On The Decentralized Storage Bandwidth Economic Model Design

The utility value of the token must be greater than it’s investment value, if it was less, then the investment value of the token will eventually return to zero. The utility value must first be paid by the demand-side, so we must focus on the demand-side first and then the supply-side. We first expect that the demand-side will drive supply to promote growth. However, this introduces the potential for the supply side to be affected by fluctuations in demand, so we need to think about how to motivate the supply side to provide stable and abundant goods and services, so as to ultimately promote more demand.

If the bandwidth usage cost of a decentralized storage platform is directly linked to the fluctuating price of a single token, the price of using the storage or bandwidth will fluctuate. This will inevitably conflict with users on the demand-side who are seeking stable operating costs. Through the stable design of a utility token, the use cost of storage bandwidth services is effectively realized. In other words, the price of the utility token and staking token is separated, so that the cost-of-use on an enterprise-level is both controllable and predictable.

The Fisher exchange equation not only helps us to understand inflation and deflation in the macroeconomy but also serves has great reference for the design of a blockchain economic model, especially the model used for the decentralized storage distribution market. 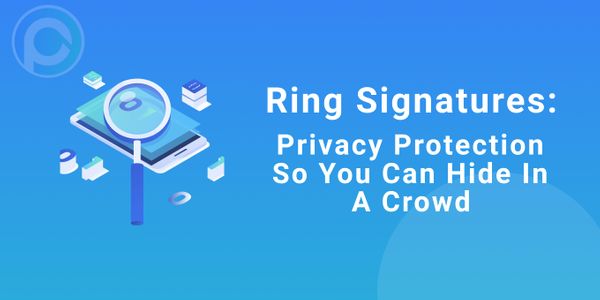 An examination of an essential privacy algorithm so you can maximize your privacy and ensure anonymous transactions on the blockchain. 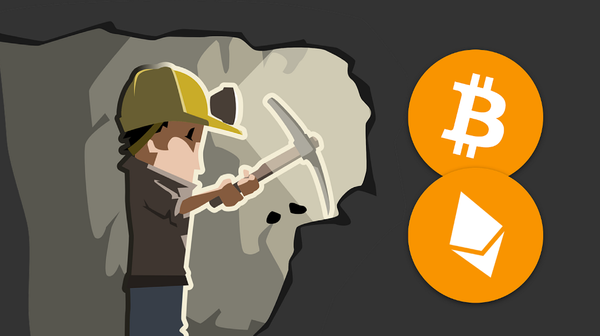 Today, let‘s talk about:If a decentralized storage wants to attract a large number of users, should it first pull the demand or the supply ?