Our follow up article further explores the technology that we’re creating which gives developers the ability to stream media .

There is no question that audio and video applications reign supreme. From the latest Netflix drama to streaming our favorite songs, just about every one of us is entertaining ourselves on a daily basis. Such is the popularity that the perfect time for blockchain technology to make a commercial landing is now. Our previous article about the secrets of our media streaming technologyprovided an in-depth and technical understanding of how PPIO uses PCDN architecture for content distribution. In the second part of our series, we will discuss the download logic of P2SP, the traffic count of the IaaS layer, and how both can be employed to help your future decentralized applications.

The figure above shows the transmission architecture of PPIO’s CDN and P2SP. The P2SP download logic can be divided into three distinct parts: Buffer Management, Download State Machine, and the download algorithm.

Buffer management means a local device manages the resource situation and thus determines the priority of the Piece that needs to be downloaded. Buffer management is also related to real-life application scenarios. An example in terms of streaming media is preferential downloads of content at and near the video playback location. When we want to watch that part of the video, Buffer Management ensures we have access to that part.

The technical aspect of Buffer Management for file downloads is relatively simple. When there is no one specific playback location, the urgency level of downloadable content has no priority; therefore Buffer Management will download the scarcest Piece in the network. The scarcer the Piece is, the higher the priority of its download. As shown below:

As depicted above, we assume that all Peers are the same, but because of CDN nodes, the actual situation is much more complicated. CDN can be considered as being a high-quality node but is better suited for downloading continuous data rather than requesting a scattered data fragment. The reason why scarcity is used as a Buffer Management index for ordinary files is to increase the resource health of P2P networks and to allow data to spread in P2P networks as soon as possible.

Different from file downloads, streaming media downloads have a specific playback location. In order to ensure the quality of the video viewing experience, the data which is closest to the playback location will be preferentially downloaded.

The state machine for ordinary file downloading evaluates at anytime the download quality and resource status of CDN and P2P, and switches between the three download states until the file is completely downloaded.

Although the streaming media state machine is similar to the file download state machine, it is slightly improved. When it is determined that the P2P resources are insufficient to support smooth playback, the P2P download mode is directly abandoned, and no further state switching is attempted to avoid unnecessary costs.

The scheduling algorithm of PPIO is roughly as follows:

According to our experience of designing high-speed P2P networks in the past, PPIO should adopt multiple virtual connection downloads for each Peer. This virtual connection supports switching between various protocols. The underlying protocol will try UDP first. If UDP fails it will try TCP. This method significantly improves the transmission efficiency. We have implemented it this way because the TCP protocol was previously designed many years ago for an earlier version of the Internet. Naturally, TCP has a weakness, which is that the congestion control algorithm uses the logic of active retreat. This results in inefficient transmissions and is not entirely suitable for today’s network transmissions.

PPIO provides an optimized P2P transmission system for streaming media downloads. To guarantee the best watching experience, any data downloaded must be performed in real time and must cope with the instability of a P2P network. Hence, we have used our data-driven P2P download technology, and based on this concept, we made a significant improvement and optimization, including designing a P2P multi-point scheduling system based on pre-allocation. This system can achieve maximum download rates and minimize spending due to duplicate transmissions and requests. The PPIO streaming media scheduling algorithm is designed as follows:

PPIO’s P2P transmission network is entirely dynamic and can continue to be efficient.

What we have mentioned so far is only about traditional P2SP technology. For those more interested in the blockchain side of things, how does all this relate to PPIO’s blockchain? The content introduced above is built around PPIO’s PaaS layer and AS layer (Application Services layer). The P2SP download engine of the PCDN is supported at the PaaS layer. Streaming media formats and protocols, as well as data splitting and data assembly, is at the AS layer. It is on the IaaS layer that the entire decentralized storage and blockchain infrastructure can be found.

The design of PPIO is different from a traditional P2P transmission project. A traditional P2P project advocates a shared network based on the premise that “everyone is for me, I am for everyone.” The download is “free” on the transmission, and the upload is unpaid. In the case of PPIO, we have established an incentive network mechanism. Users need to pay for downloadable resources. The resource uploader will charge a certain amount of money, i.e., the downloader must pay Tokens to the uploader.

In the IaaS layer of PPIO, to ensure the efficiency of the P2P network, it is not necessary for each Peer to process the payment and settlement of the Token. To address this, we have designed the Owner mechanism. The Owner is not a P2P transmission role, but a payment and settlement role. In the PCDN architecture, each Peer needs to specify an Owner. The cost of this Peer is borne by his Owner, and the income earned by the Peer is also received by his Owner.

The most straightforward process when a user wants to download data from a miner is:

For the developer of a PCDN service, you can either deploy the CPool (the Owner) or access other third-party CPools (also the Owner in this situation). In addition, if the downloader and the uploader’s Owner are the same, then the situation will become simpler. This transaction does not need to be conducted via the chain and can be solved by the Owner without the need for external parties. No matter the situation, the amount of money that the Owner will receive will not change. In this way, PPIO effectively combines P2P transmission and blockchain token economics.

Of course, this is just one of the more straightforward billing processes in the IaaS layer in PPIO, and the actual situation is much more complicated. In the future, we will publish more articles that discuss PPIO’s PCDN-related smart contracts.

It is hard to deny that the streaming media field has great potential for many blockchain applications. PPIO will combine its rich P2P experience and cutting-edge blockchain technology to bring a better media streaming experience for everyone. Although we are only in the beginning stages, the potential for great things with our technology is huge. Watch this space as we’re about to do some great things. We’d love for you to be part of it!

An examination on adaptive network intelligent routing based on P2P technology and how it exactly fits into the entire PPIO ecosystem. 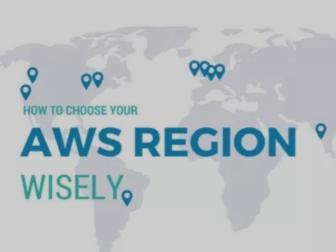